Miriam is new to us and I believe that everyone enjoyed her first visit.

She introduced us to mixed media abstract work based on natural subjects.

My artwork is the investigation and response to organic forms such as dried vegetation, shells and flowers. Their complexities of texture, line, shape and colour represent a uniqueness which I aspire to evoke and visually debate in my work. Resulting in varying interpretations of the original form not previously realised.
I experiment with the media within each painting: building up the surfaces in certain areas of the painting with collage, gouache, varnish and oils. I leave other parts of the image simpler with suggestive lines. The results of these techniques mean that the highly rendered surfaces contrast with the simpler, to produce varying interpretations of the original form.
You can see more of her work on her website www.miriam-laville.co.uk
As I said I believe most people if not everyone enjoyed it typified by the fact that we were still working hard well after 3.30 pm which is usually the time we pack up.
It led to some very interesting results, much debate and happy smiles. Is there an unhappy smile !

The first four photos here are examples of Miriam's work followed by our efforts. 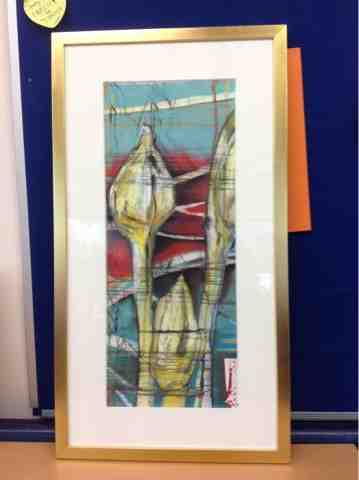 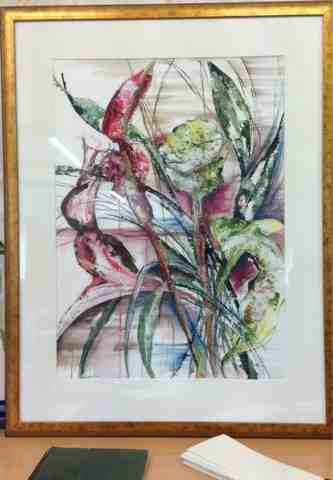 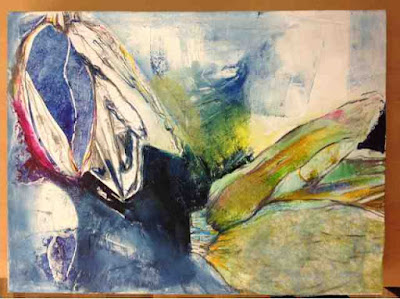 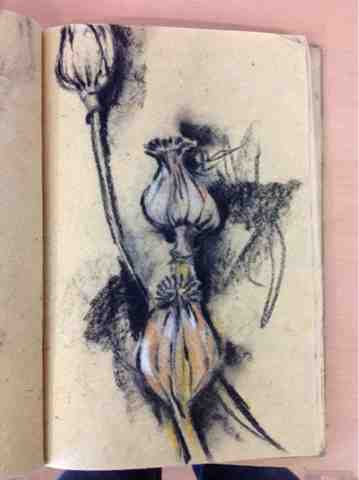 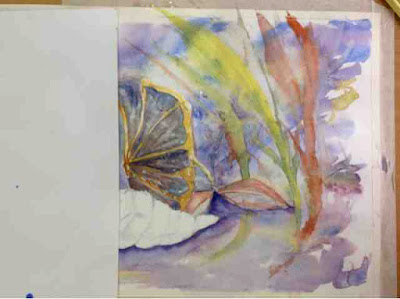 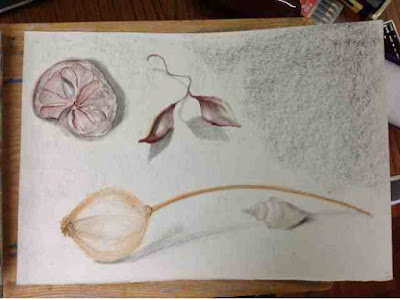 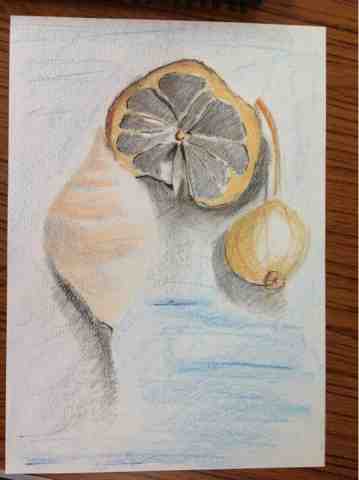 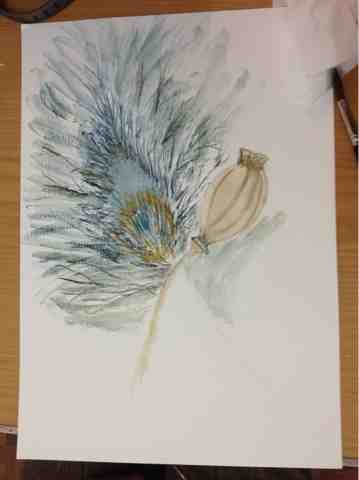 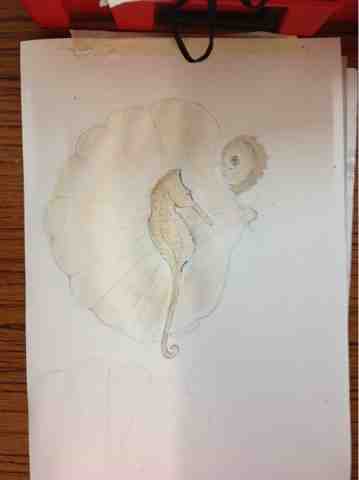 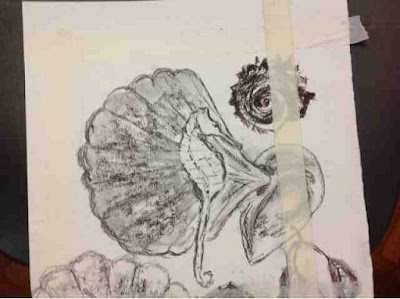 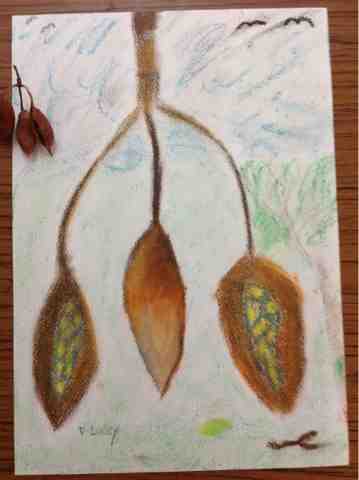 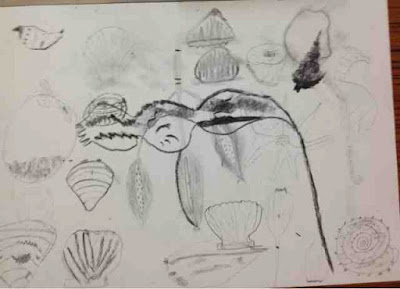 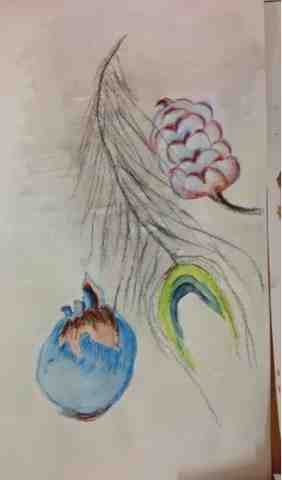 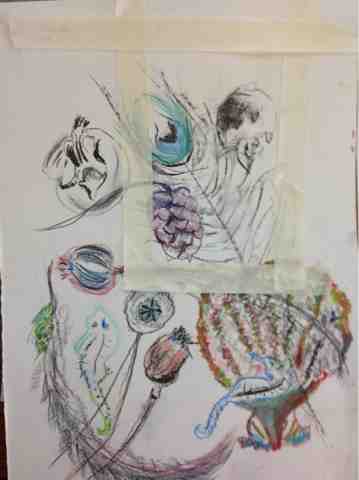 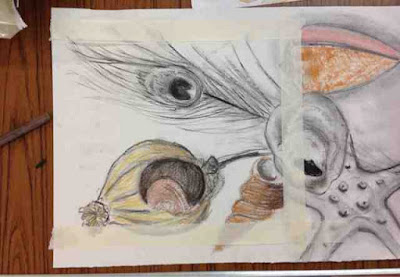 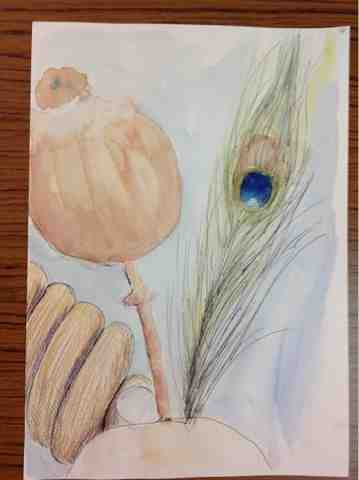 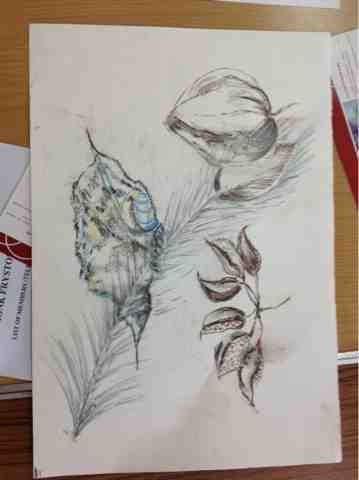 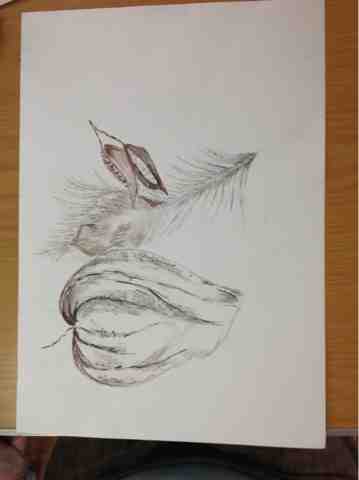 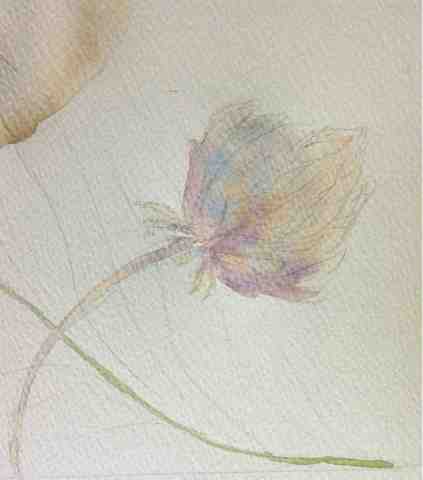 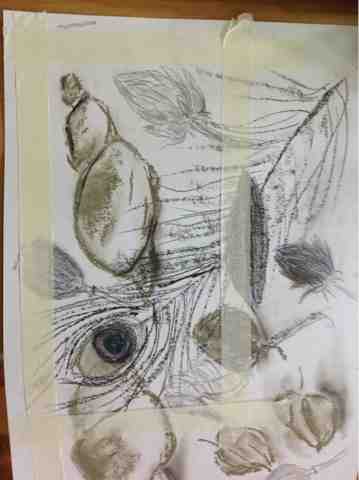 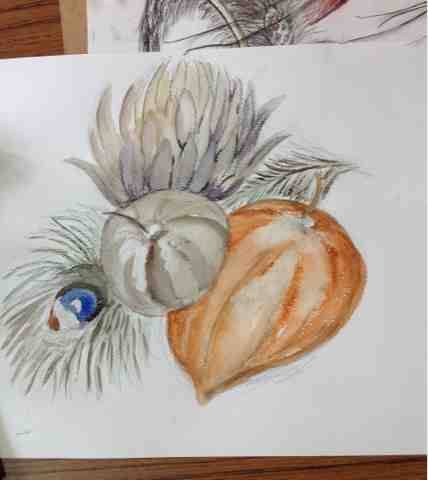 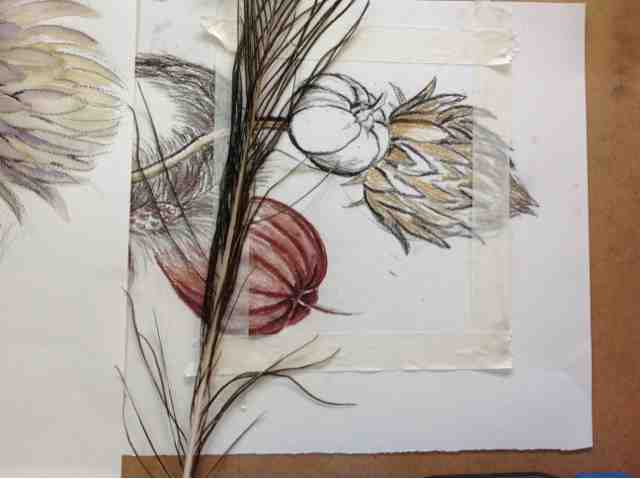 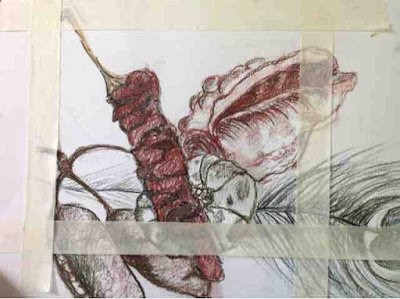 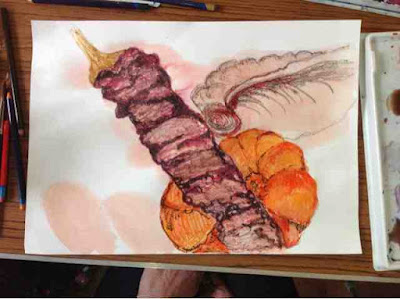 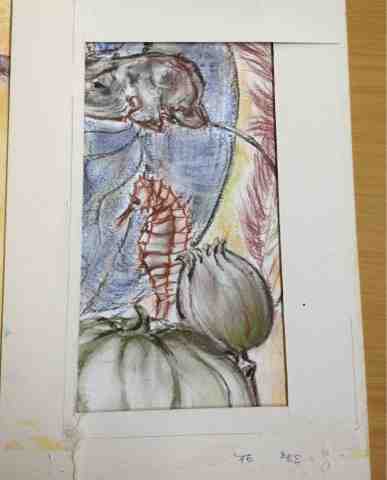 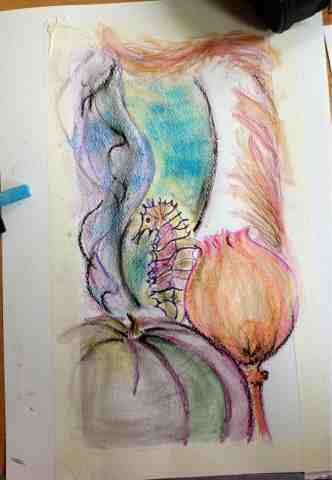 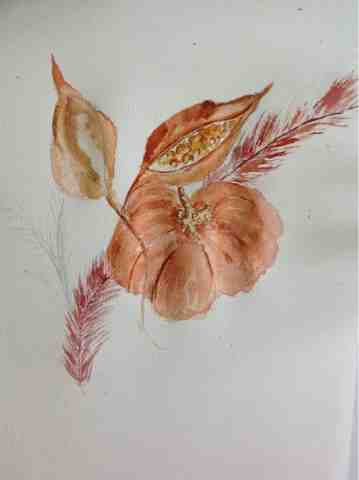 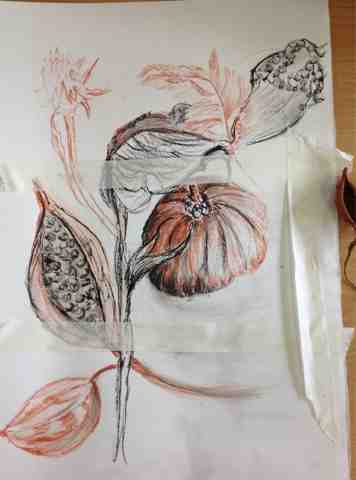 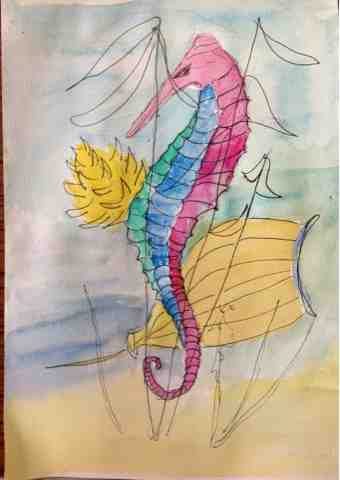 Please add comments to any posts and or email enquiries to karlsimpson1285@btinternet.com